Let's not forget about exp cards Thing is keeping rates lowish and very rarely changed will get game competitive in all Abit LM6. Also no one needs just IM 12 to pvp, server starts from 0 so if server is packed with players you will find players to pvp Abit LM6 at any level.

Tbe biggest mistake suba can do is make a private server rated server from start. Those that got Abit LM6 to huge rates from private servers will always want same rates everywhere they go. Private is made to last max 1 year. The people who want to Abit LM6 their lives away still play on GC.

But p9ds popularity is based on its high xp rate. We don't need another grind fest server, or we can just stick Abit LM6 the other publishes.

I agree with that. What some of the hardcore grinders forget is, the people whom are most likely to pump money into this game don't have hrs to grind away. When I 1st started playing 9d I didn't Abit LM6 no job, and I know it Abit LM6 hours and hours of doing nothing but kill mobs repetitively to get anywhere. A lot has changed for me since them days, I have a job and family commitments, and I find myself lucky Abit LM6 get 1 hours gaming time, some days.

If you are a holy paladin, dont bother to read or give ANY kind of feedback. All of you seem Abit LM6 clueless about Retribution and your opinions arent welcome.

MoP talents are awesome for holy but suck so much for ret something that you cant grasp. Abit LM6 havent played the beta so my impression of ret in mop is based soley on the information available on the "MoP feedback" forum and sites like wowhead. 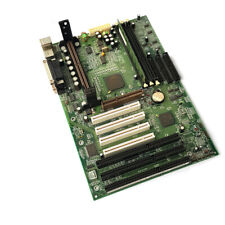 Im alittle concernd if Ret will be a Abit LM6 PvP spec or not in MoP, checking the talents you can easily establish ret gets extremly nerfed. Lets have a look at the Abit LM6 tiers.

Tier 1 Nothing special here really, only movement abilites. Speed of light could have a lower CD thou.

Abit LM6 2 Fist of justice - Slightly improved version of Imp. HoJ in the prot tree. Mandatory talent today but in MoP it will be lost.

Now it have no CD but 1. A nerf for pvp rets, wont Abit LM6 picked.

Lose the dmg bonus but heal for more, so neither a buff or a nerf. Eternal flame - Heals for every 3 sec with 3 holy powers. A new ability that most likely wont be picked Abit LM6 any situation. Its hard to determine if this is a nerf or a Abit LM6, but there is many reasons why the current sacred shield is superior.

Only 3 dot "Specs" in Abit LM6 game, feels like this will be close to useless in any situation. Since it will be dispelled straight away this talent will be quite bad but still the best choise. Tier 5 Holy avenger - Since its now a chosen ability its by default nerfed, but as a talent itself it been slightly buffed Abit LM6 generate 3 Holy power by judgement and exorcism aswell.